How the War in Ukraine Spurred an Energy Crisis 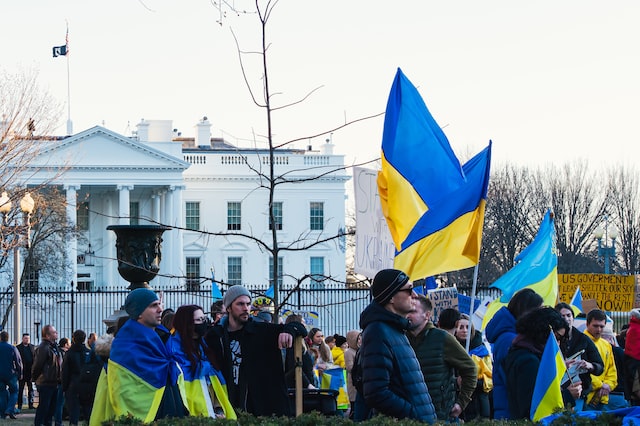 When Russia officially launched their full scale attack on Ukraine in February, the world watched and waited. After more than ten months of consistent conflict, Ukraine prepares for another, harsher, winter. Russian occupation of important territory and tactical missile strikes have caused devastating damage to key areas of infrastructure throughout the small nation. Fallout from this war has prompted international response and compounded an already fast growing energy crisis.

Military buildings, equipment, and siege camps are common targets in an attempt to reduce the fighting capacity of a wartime enemy. In addition to these historically important targets, Russia is also strategically targeting major infrastructural landmarks throughout key Ukraine territories. As frontline combat wins determined which nation held or overtook border towns, Russia worked fervently behind the scenes on a larger, more impactful approach.

Guided missiles have given Russia a distinct advantage in the war against Ukraine. Long-range Russian cruise missiles fired from the Black Sea almost continuously rain down on civilian ground. Whether these missiles are from a Russian stockpile or were a recent purchase from their allies in Iran makes no difference. Their ultimate destination and the resulting devastation are inevitable.

Virtually, all missile targets are major infrastructure centers. Water treatment plants, electrical grids, and manufacturing centers are just a few of the most popular targets. Widespread blackouts and unstable internet connections are becoming more common throughout major cities and rural areas. Lack of potable water, electricity, and heat sources are causing untold distress among the population in Ukraine. Less than half the nation has reliable internet connection, and this number continues to dwindle day by day.

As Russian attacks on the energy sectors throughout Ukraine continue, world political allies consider ways to support the people of Ukraine. European Commissioner for Energy, Kadri Simson, spoke on behalf of the Ukrainian people as she reproved the targeted attacks on energy sectors. Member states and other European Union (EU) partners quickly assembled in response to the human suffering throughout Ukraine.

One of the most immediate solutions offered was the transfer of energy equipment by foreign companies to the hardest hit regions in Ukraine. The G-7 joined in the EU response and called for a $60 per barrel cap on Russian crude oil imports to member nations.

Recovery efforts are not without potential fallout. While sanctions such as the cap on crude oil prices will curb the financial ability for Russian attacks to continue indefinitely, they will also have unintended consequences in the world marketplace.

Political ties will undoubtedly be strained as Russia prepares a response, which may come with unexpected sanctions or other retaliatory actions. The Russian Federation is one of the largest global providers of fossil fuels, including natural gas and crude oil. Interrupting this important process and distribution chain will undoubtedly intensify the current energy crisis into unknown proportions.

Although the future is uncertain, and there is no sure end to the conflict between Russia and Ukraine, there are still reliable facts when it comes to energy valuation. Our team is closely watching the energy sectors and anticipating world reactions. We have decades of experience working with government agencies, independent organizations, and other interested parties to determine the overall value and risk associated with energy sectors.