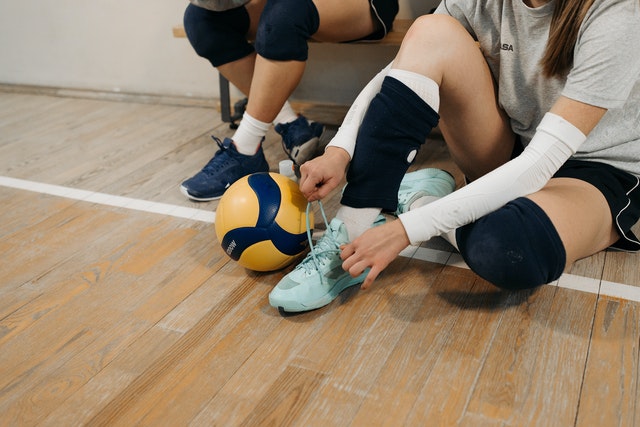 Since the Supreme Court ruling earlier this year, the collegiate atmosphere has been alive with expectation, and perhaps a little trepidation. With their own name, image, likeness (NIL) rights finally secured, college athletes are being exposed to many new opportunities.

Students are now eligible to monetize their NIL even in states that have not yet chosen to adopt the law on a state level. Events on campuses or in public arenas in those states may be subject to individual state policies, but these situations are being addressed as they arise.

Along with the freedom to earn a profit from their image, student athletes also find themselves face to face with unexpected fame. The fandom mentality has been exacerbated through various social media and other publicity stunts. For example, some of the first NCAA female athletes, the Cavinder twins, have increased followers and profits through various media campaigns. Basketball stars Haley and Hanna depicted the profitability of their endorsement deal with a nutritional snack company through Instagram. Volleyball players Adelaide Halverson and Alex Glover posted similar shots on their social media pages.

Despite the fact that her peers are opting for fame and recognition, Lexi Sun has taken a different route. Under the new NIL guidelines, the Nebraska volleyball player has opted for multiple merchandising opportunities. Much like her male counterparts, Sun negotiated lucrative deals with apparel manufacturers and promotional items bearing her likeness. Each of the most successful college athletes have worked independently or with an agent to create their own brand. Due to their lack of experience and business acumen, student athletes need specific guidance to ensure their success. With a little sound financial planning early on, these college athletes could have their future well established before they earn their undergraduate degree.

The full scope of name, image, and likeness value can be easily misinterpreted. Merchandising opportunities come with certain obligations, such as personal appearances, which must be considered when determining the overall profitability of a particular deal. Some opportunities, typically associated with food and beverage endorsements, are more restrictive in nature. Athletes under contract may be required to refrain from indulging in specific, competing brands. Since these requirements could impact normal behaviors, they must be well compensated. Engaging in a potential contract negotiation involving NIL is confusing for most people, especially inexperienced students overwhelmed by the entire process.

Such relevant and complex factors of NIL opportunities are difficult to unpack. At Appraisal Economics, we have extensive experience with NIL valuations. We help our clients, as well as their agents and families, understand the full potential of endorsement contracts.